Leaves from the Smorgasbord 2nd Edition! 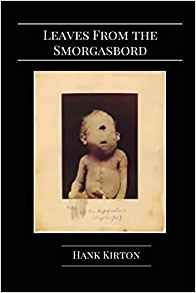 This is the link to Amazon

Posted by Hank Kirton at 5:02 AM No comments: Links to this post

A Mess (from Bleak Holiday)

“You are a mess, my dear,” she said in her Russian accent.
“I know.”
“Your organs are not happy.”
I had nothing to say to that. The tests had come back.
“You’ve been drinking today,” she said.
I nodded, embarrassed.
“Do you know how I know that?”
I shrugged my shoulders.
“Because I can smell the alcohol.”
She sighed and said, “If you keep this up, you will be dead in one to three years.”
I nodded. “Okay.”
She shook her head. For the first time since I’d been going to her, she looked sad. Usually, she was all business; firm, implacable. My doctor.
“It’s too bad,” she said.
When I left her office, I thanked her.
On my way out, I grabbed a lollipop from the front desk. Grape.
I walked straight to the liquor store. I bought a twelve-pack and then raced back to my building.
In the hall, I passed the woman who lived across from me.
“Hi.”
“Hi.”
Boy, I wanted to fuck her. What was her name again? Erin? Sara? I was pretty sure it was one of the two.
Hi was the only thing we’d ever said to each other.
I went into my apartment – beer cans on the floor, rotting food on the stove.
I threw off my jacket, carried the twelve-pack to the couch and turned on the TV. It was one o’clock and Gunsmoke was on. I cracked a beer and the show started. It was a good one. An outlaw comes back to Dodge and visits the wife who’d thought he was dead. She’d been a grieving widow for years and now he was back.
By the second commercial-break, I’d opened another beer.
I thought about eating. It had been a while.
But I didn’t feel like moving. The pain in my side bothered me too much.
When Gunsmoke was over (the ending was satisfactory), I went into the kitchen. The kitchen floor was gross: crumbs, stains, muddy boot prints, cigarette butts, what looked like blood...
I opened the refrigerator but everything inside had gone bad, either crawling with mold or way past the expiration date. The milk looked like cottage cheese. I checked the freezer but everything looked awful to me. When did I buy frozen tacos? Jesus.
I returned to the couch, my beer. Bonanza was on. The remote control felt like a theoretical object in my hand but I changed the channel anyway.
On one of my many PBS stations, I landed on a documentary on dromedaries that was soothing enough and boring enough to allow me to think and drink.
I dozed off after half an hour. When I woke up I changed the channel again. The Big Valley was on and I thought about writing. I’d started several stories but didn’t have the energy or enthusiasm for any of them: a story about a woman who seduces strange men with her headless, parasitic twin. A story about a snuff filmmaker who feeds children to starving pit-bulls and films the results. A man and the woman he loves drink ice tea together one summer afternoon, and when she leaves his apartment she is hit by a car and dies. When he returns from the hospital, distraught and in shock, he finds that the ice in her glass hasn’t melted yet and he saves the ice in his freezer and becomes obsessed with preserving it.
But I didn’t feel like writing. I drank another beer. And another.
Read more »
Posted by Hank Kirton at 1:53 PM No comments: Links to this post

Excerpt from My Novel, COCKTAILS AND CANCER (formerly Anosognosia)


It started with the worms, but not really. I’d been drinking relentlessly (religiously) leading up to my Big Psychiatric Appointment and my reflection looked like a scream in a movie theater. I’d switched from Steel Reserve to a cheap boxed wine called White Burble. It was as atrocious as its name. I hadn’t eaten anything more than a few pistachio nuts in five days. I surrendered to morbid fantasies of lynching myself (even going so far as to hang a necktie-noose from my closet clothes rack), or suffocating myself with Glad Wrap or buying a cheap box of helium from iParty and poisoning my lungs with funny Mickey Mouse gas.


I prayed for the cancer to return. No surgery, no chemotherapy this time. I would nurse the little black cells like a protective mother with a gulping child.


My first meeting with the psychiatrist and I was already an emergency.


It was warm when I set out toward Evergreen Mental Health Services. The sky was bright, cloudless and intense. A sky so blue I wanted to shoot holes in it. Assault the environment. My head was filled with a loud, thirsty crowd, screaming, screaming like angry villagers in a Frankenstein movie...


I began my weary, Don Birnam[1] trudge feeling every agonized stride like a new wound. Every footstep carried the threat of imminent death. My liver hurt. Two miles stretched ahead of me like Death Valley. After five minutes of walking I knew I was doomed. I considered turning back and cancelling the appointment but then what? Drink more wine and get sicker? I’d reached the end of another rope. I needed help, stat. My desperation both clung to me and tumbled from me like a parasitic twin with crumpled bones.


Outside the puzzling young woman’s apartment, by the steps there, I noticed a dried out half a mouse (the hindquarters) a spent condom and a bent spoon. More pieces to a savage, enigmatic puzzle.


A sudden sandstorm whirled, blinding and granular, into my mind and I had to stop and close my eyes a few seconds for fear of fainting. My mouth had gone dry. My tongue tasted (probably) like the dead half-mouse at my feet.


I kept walking, forcing my weakened, burdensome legs forward. Sweat started. I wished for a handkerchief so I could mop my brow like Louis Armstrong after a taxing solo. Instead, I brushed the sweat from my forehead into my (already oily) hair, pasting it back. I wished for a pair of sunglasses. I wished for a hat. The sun was so assaultive I could feel cataracts developing over my eyes like lenses of milk. All of my internal personae are weak and desperate. There’s nothing to hang onto. Clark Kent turns into another Clark Kent. Nothing under the business suit but flabby flesh weakened by kidneystones of green Kryptonite.


And then I had a seizure and fell into the street, right in the path of a huge, lumbering truck...

Read more »
Posted by Hank Kirton at 10:03 AM No comments: Links to this post 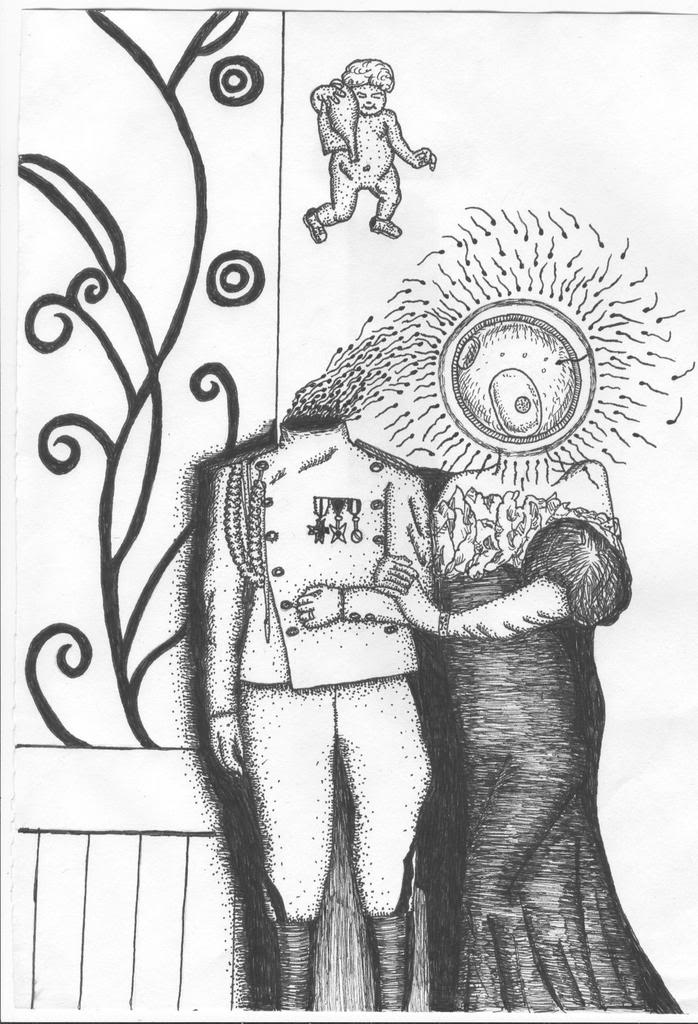 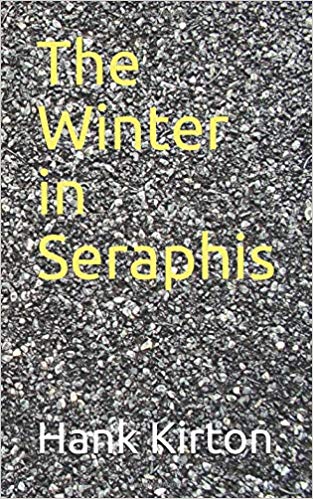 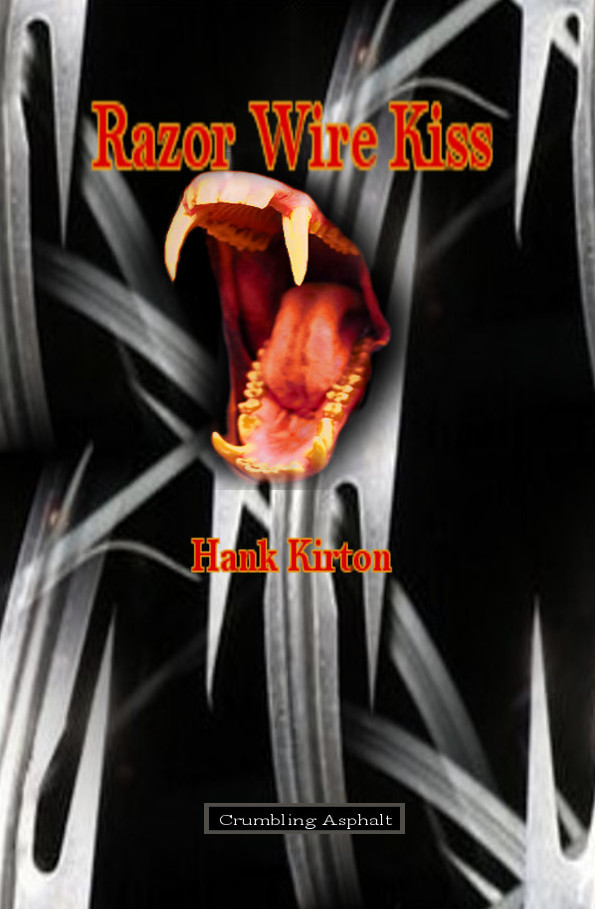 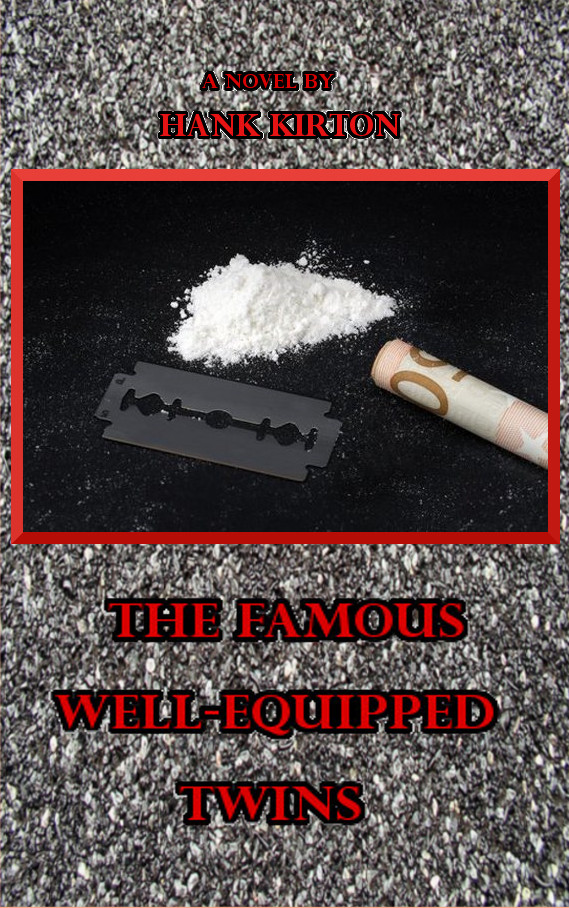 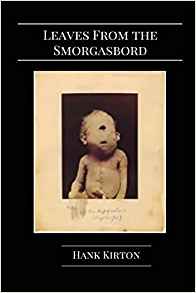 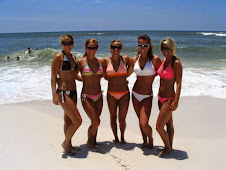